Life itself is a call to the Self. Our daily life is the path to liberation. Even if the manifestation is only an illusion of light that appears as matter, it is also the opportunity for awakening, an invitation to rediscover the Self at the center of one’s own humanity. In this sense, overcoming the fear of the sense of separation is waking up to the extraordinary beauty of the moment. Our life can become an incarnation of Consciousness itself in human form.
Life invites us to cross all of the fears that seem to trap us in the size of a human body and in the duration of a lifetime. When we become aware of the conceptual labels with which we interface with manifestation, we can drop them to access instead a direct perception of what surrounds us. Instead of relating to names and labels, we can perceptually meet their true essence. From the Immobility of the Self, we can perceive directly the contractions of the ego that manifest as fear, rather than losing ourselves in the narrative of the mind.
In this direct perception, we discover, at its center, only pure Void, something that is sometimes mistakenly conceived as fragile and vulnerable, but is in fact, Opening itself, only apparently covered by the illusion of being someone.
That same energy, which has been called fear turns out to be our original joy, now free to radiate through the form, without the imaginary limitations of the ego.
From this direct perception, Life reveals itself as an the incarnation of the Absolute, and a precious opportunity to experience Self in a conscious way, as a Creator who experiences itSelf through its own creation. 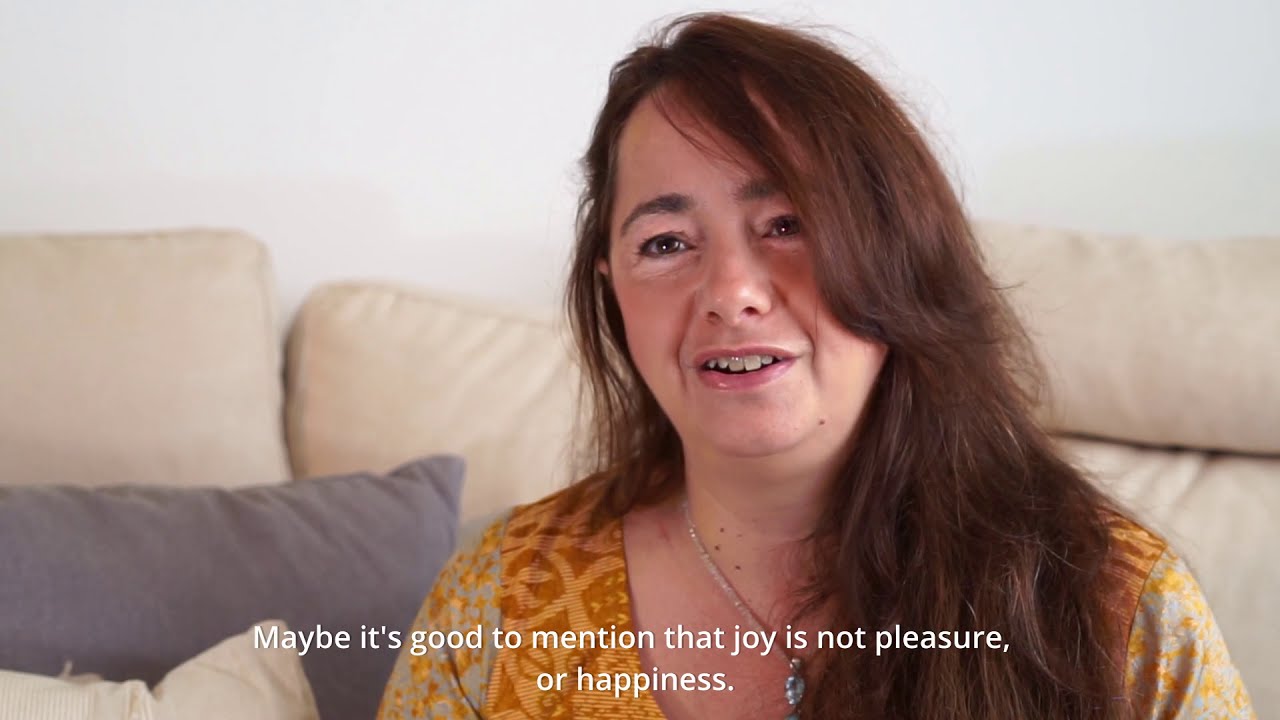 Shakti teaches through the ancient tradition of the Satsang (from the Sanskrit “encounter with the truth”) in which the message arises spontaneously, as a response to the field of Consciousness of those participating. The transmission arrives directly from Consciousness and it is addressed to the Consciousness of those who listen, leaving the body-mind to integrate the teaching in its own way and in its own time.
Through questions and answers, with deep compassion and the lightness that comes from knowing that we all are already one, Shakti helps to bring out in her students the truth of who they are, shining clarity onto the mechanisms of ego mind and the many traps and deceptions into which the seeker can fall. Over the years, an international sangha (the community of those who participate in the Satsang) has arisen to become the living embodiment of the message itself. We are what is taught.
Learn more here and to read student testimonials.

“We are already what we are looking for, an Awareness that is peace and true love and we can embody this recognition in our daily life by expressing this truth with authenticity and beauty. We are spiritual beings who have a human experience: the transcendence of our being can be breathed, lived and walked, until we truly become ourselves, in our full potential.
The cornerstone of the spiritual journey is our Heart, that marvelous bridge between divine and human“.

Topic:
Tags
absolute truth a new world attention awakening to life Awakening to love awareness being loved being the understanding compassion conscious dreaming consciousness Death Devotion dissolving fear dissolving the eg dissolving the ego embodying awakening emptiness End of spiritual seeking forgiveness form free will guru gurupurnima i am you indra's net inner revolution Integration of awakening life is a prayer life is conscisouness life is the guru master of yourself non separation pain sacred feminine Shakti silence spiritual beauty spiritual heart spiritual master spiritual transformation the greatest secret true freedom true peace world peace
Go to Top
We use cookies on our website to give you the most relevant experience by remembering your preferences and repeat visits. By clicking “Accept”, you consent to the use of ALL the cookies.
Cookie settingsACCEPT
Manage consent

This website uses cookies to improve your experience while you navigate through the website. Out of these, the cookies that are categorized as necessary are stored on your browser as they are essential for the working of basic functionalities of the website. We also use third-party cookies that help us analyze and understand how you use this website. These cookies will be stored in your browser only with your consent. You also have the option to opt-out of these cookies. But opting out of some of these cookies may affect your browsing experience.
Necessary Always Enabled

Any cookies that may not be particularly necessary for the website to function and is used specifically to collect user personal data via analytics, ads, other embedded contents are termed as non-necessary cookies. It is mandatory to procure user consent prior to running these cookies on your website.